National Flag Day, 14June2022. The 245th birthday of the American Flag. From a humble beginning in 1777 to today our Great American Flag is still known as Old Glory. On 14June1916 President Woodrow Wilson designated 14June to be the official day for recognizing the adoption of the American flag. A day that is now known as “National Flag Day.” Today, our flag has 13 stripes, representing the original colonies, and 50 stars representing each of our 50 states. Our present-day flag was designed in the 1950s by and Ohio high school student, Robert Heft. His teacher gave him a “B” grade, told him if he could get it approved by Congress, he would raise the grade, according to History.com. Helt sent the flag to Congressman Walter Moeller, who presented it to President Dwight D. Eisenhower who chose Heft’s design. On 4July1960, Eisenhower and Heft stood beside each other when the flag was raised for the first time with its new design. Fly your Great American Flag with Honor, Dedication and Respect. 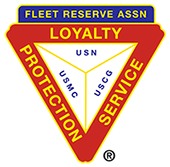